"When American Sports telecaster, Al Michaels asked "Do you believe in Miracles?" the entire nation said "YES!"  And at that instant Hockey became an American Sport," says Tim Swan, General Manager of Panini's in Coventry Village. He's thrilled to invite the neighborhood into the upcoming celebration of this lively pastime on ice.

Panini's Bar & Grill is a Cleveland Heights haven for hockey lovers. From their frequent hockey watch parties, to their NHL Center Ice TV package, showing all your favorite NHL games during the week, they love the sport and love to share it with the community!

This year on February 22nd, Panini's will celebrate the 40th Anniversary of the US Men's Hockey Team's 1980 Winter Olympics victory over the four-time defending gold medalists, the Soviet Union. This victory, against the odds, in Lake Placid, NY, will never be forgotten.

Panini's has partnered with Labatt, a classic hockey-lovers beer, for a Super Chexx Bubble Hockey Tournament!  The winner will get an awesome '80 Miracle Jersey.

The neighborhood has rallied together to celebrate too! Our neighbors at Mac's Backs Books are sponsoring the second place winner with a copy of The Miracle In Lake Placid; The Greatest Hockey Story Ever Told.  Attenson's Antiques has a surprise or two for the folks playing the NHL Video Games on the Xbox all night.

With a personal affinity for the sport, Tim Swan shared, "I don’t think I can sum up my love affair with hockey. It’s just something we grew up with. We watched it, we played it, we talked about it, we played video games of it. There’s nothing more exhilarating than a good hockey game. And the greatest hockey game of all time is the 1980 Olympics in the semi-finals USA versus Russia. The come from behind win. It’s everything you want in a game."

Relive the Miracle with us in Coventry Village at Panini's Bar and Grill from 7-10pm.
‍ 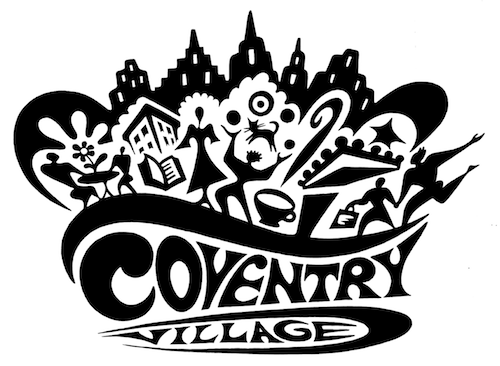