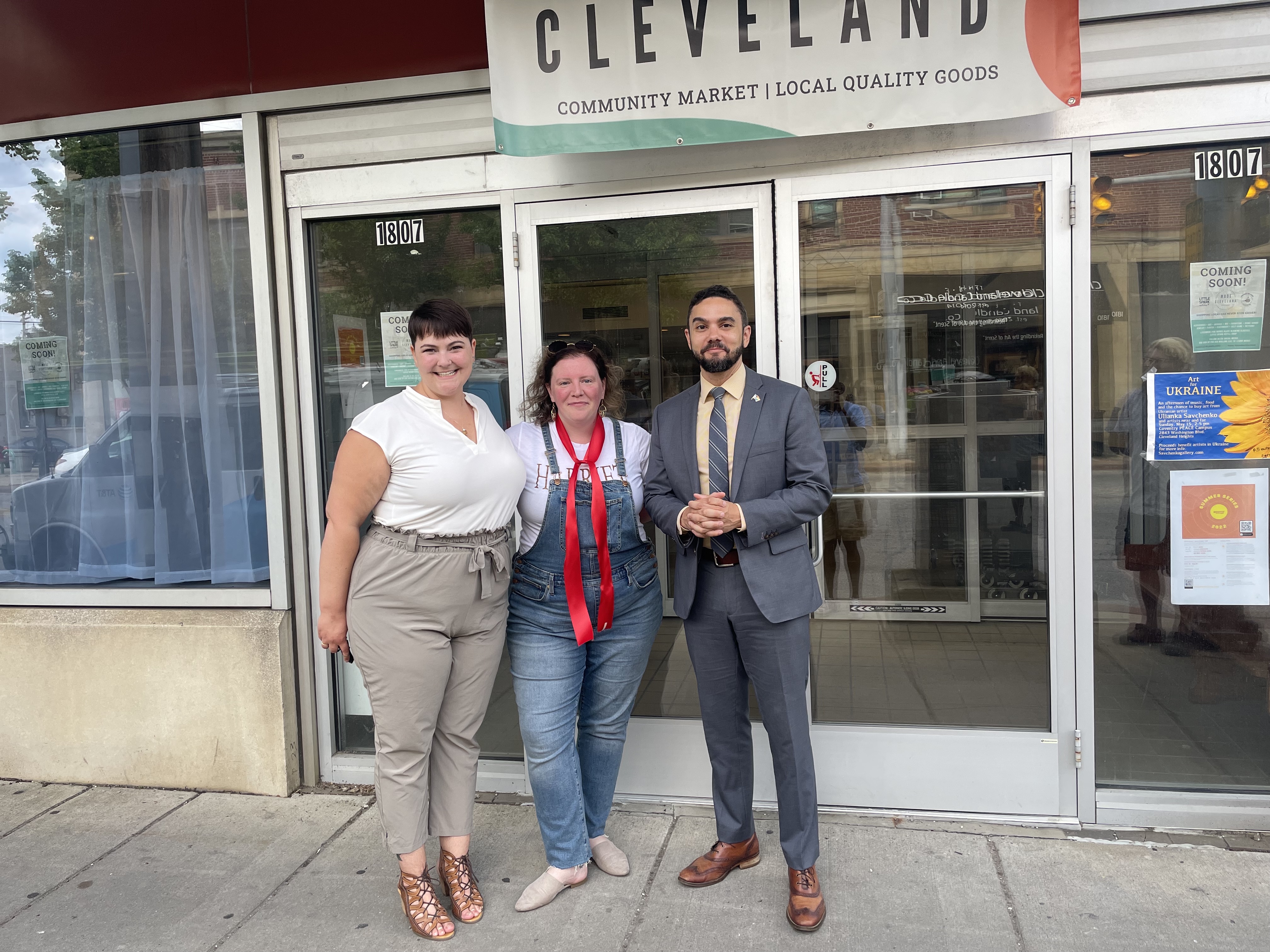 Made Cleveland brings over 100 local makers to Coventry Village

We're more than thrilled to be the permanent home of Made Cleveland's first brick and mortar store! After two successful holiday pop-ups in the neighborhood, Ash O'Connor finally decided to get serious with Coventry and sign a lease with Cleveland Heights for the former City Buddha space at 1807 Coventry Road. This space is huge and (while we'll miss Larry, and all the magical wonders of City Buddha) we're amazed by all of the hard work and incredible products Made Cleveland is bringing to the neighborhood.

Essentially a department store of local makers, Ash has curated everything from local pantry staples to art, home goods to body products, a mini-refill store, an art gallery, and a glass-blowing workshop by Larchmere Fire Works! It's truly transformed into a haven for local creatives.

On Monday, March 7, 2022, Cleveland Heights City Council authorized Mayor Kahlil Seren to enter into an agreement to lease the City-owned retail space at 1807 Coventry Road to Made Cleveland, a one-stop-shop for Clevelanders to find and purchase unique products from talented, regional artists and crafters. The 1807 Coventry location is part of the City-owned Coventry Road Garage. Former tenants of the space include City Buddha and the Cleveland Food Co-op.

“Made Cleveland is a cultural amplifier,” Cleveland Heights Mayor Kahlil Seren said. “It allows local artists and crafters to reach a much larger market than they otherwise might. By working with Made Cleveland, we’re actually supporting hundreds of local small businesses.”

While the 1807 Coventry space will be its first physical store, Made Cleveland isn’t new to the Coventry District. Founder and owner Ash O’Connor started Made Cleveland as an online marketplace in 2020 and put up Made Cleveland pop-up shops on Coventry during the 2020 and 2021 holiday seasons. These pop-up shops offered Ash a chance to get to know other Coventry Village merchants, who encouraged the City to lease her the space.

“I started Made Cleveland because I was seeing two sides to the same problem,” O’Connor said. “Artists had been telling me for years how difficult it was to find consistent representation to sell their work, and as a customer, I had to chase after creators I liked at when they had booths at art fairs and flea markets. Connecting makers and customers online was a no-brainer! Having a physical space to show creators’ work is the next logical step for us,” O’Conner added. “Nothing can replace experiencing art firsthand.”

Brian Anderson, Business Development Manager for Cleveland Heights, sees Made Cleveland as a perfect fit for Coventry. “Made Cleveland will host programs and special events that will increase foot traffic and activity on the street and compliment the other merchants and restaurants in Coventry Village,” Anderson said "Made Cleveland’s pop-up shops proved their store could thrive on Coventry without having to risk a big upfront investment in building out a permanent space,” Anderson said. “We see Made Cleveland as a potential model for how other retail entrepreneurs might make the transition from online to a brick-and-mortar presence.”

Made Cleveland opened on June 1st and it's beautiful! Products from local artists and crafters are still available at Make Cleveland’s online marketplace, www.MadeCleveland.com.